“Classic stuff, this book.”
—David Rensin, author of The Mailroom
“Like sitting in on a long, gossipy afternoon at the Hillcrest Country Club, feast­ing on a collection of war tales from the front lines of show business.”
—Gregg Kilday, Los Angeles Times Book Review

FOR DECADES, hidden from the public eye, William Morris agents made the deals that determined the fate of stars, studios, and television networks alike. Mae West, Frank Sinatra, Marilyn Monroe, Elvis Presley, Barbra Streisand—the Morris Agency sold talent to anyone who would buy it, from the Hollywood moguls to the Madison Avenue admen who controlled television to the mobsters who ran Vegas. While the clients took the spotlight, the agency stayed behind the scenes, providing the grease that made show business what it’s become.

“This juicy narrative reveals the shark tank at its most lethal and hilarious.”
—San Francisco Chronicle 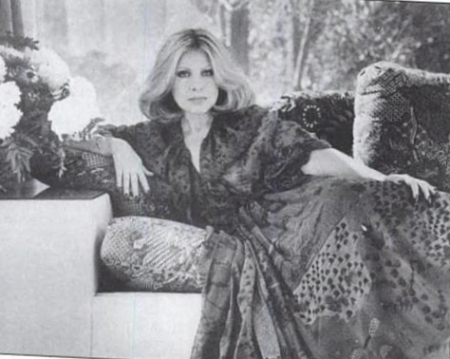 UPI/Bettman
Sue Mengers—portrayed by Bette Midler on Broadway in “I’ll Eat You Last”—was the most glamorous seller in Hollywood during the 1970s.

Led by Abe Lastfogel, a cherubic little man who treated agents and clients alike as fam­i­ly, the Morris office trans­formed the agent's image from garish flesh-peddler to smooth-talking pro­fessional. But in the 1970s, when Lastfogel's pro­tégé bru­tally sac­rificed his best friend—the man who'd brought Barry Diller and Michael Ovitz out of the mail­room—Mor­ris gave birth to its own nem­esis: Ovitz's new shop, Cre­at­ive Art­ists. Through­out the ’80s and ’90s, as Mor­ris made, and lost, such major stars as Kevin Cost­ner, Mel Gibson, Tom Hanks, and Julia Rob­erts, Ovitz’s power grew in­exorably as Mor­ris’s waned. Not even the last-minute hiring of the legen­dary Sue Men­gers—“the superagent who ruled Hollywood with sex and booze,” as a New York Post headline once put it—was enough to re­vive the Mor­ris office. Finally, with its flag­ship motion-picture depart­ment at the brink of collapse, Mor­ris was faced with the stark reality of having to buy its way back into the busi­ness it had once owned.

“A brash, sometimes funny, often poignant and engaging story. . . . It’s a darker side of show biz than one sees on Entertainment To­night.”
—USA Today Los Angeles Times
Michael Ovitz (seated, center) and Ron Meyer (standing, center left) exited William Morris with their partners to form CAA, a move that would alter the balance of power in Hollywood.

The Agency began when Frank Rose was interviewing Mengers at her home in Beverly Hills for an article on the exodus of stars for Premiere magazine—and she told him he had to write a book about it. By the time The Agency was pub­lished in 1995, Mor­ris was in the midst of a long transfor­mation that would even­tu­al­ly see it recon­sti­tut­ed as Wil­liam Mor­ris En­deavor, a rad­ically different firm led by hard-driv­ing Ari Eman­uel. All al­ong, the book has re­mained re­quired read­ing for new gen­era­tions of Holly­wood mail­room train­ees, in­deed for any­one with a hun­ger to un­der­stand how show busi­ness works and how it evolved, gradually yet inexorably, into what it is today. ■

“A cram course on the modern entertainment business as seen not from the cus­tomary perspective of the talent, but from the point of view of the humble appa­ratchiks who doggedly tried to prevent the lunatics from wrecking their asylum.”
—Peter Bart, The New York Times Book Review
“How deals were made, bluffs called, booze guzzled, pills popped and stars born.”
—Chicago Tribune

Now available as an audiobook:

Read about the future of showbiz: